Event pays homage to the theater's centennial and the prizes awarded center around arts, culture and history 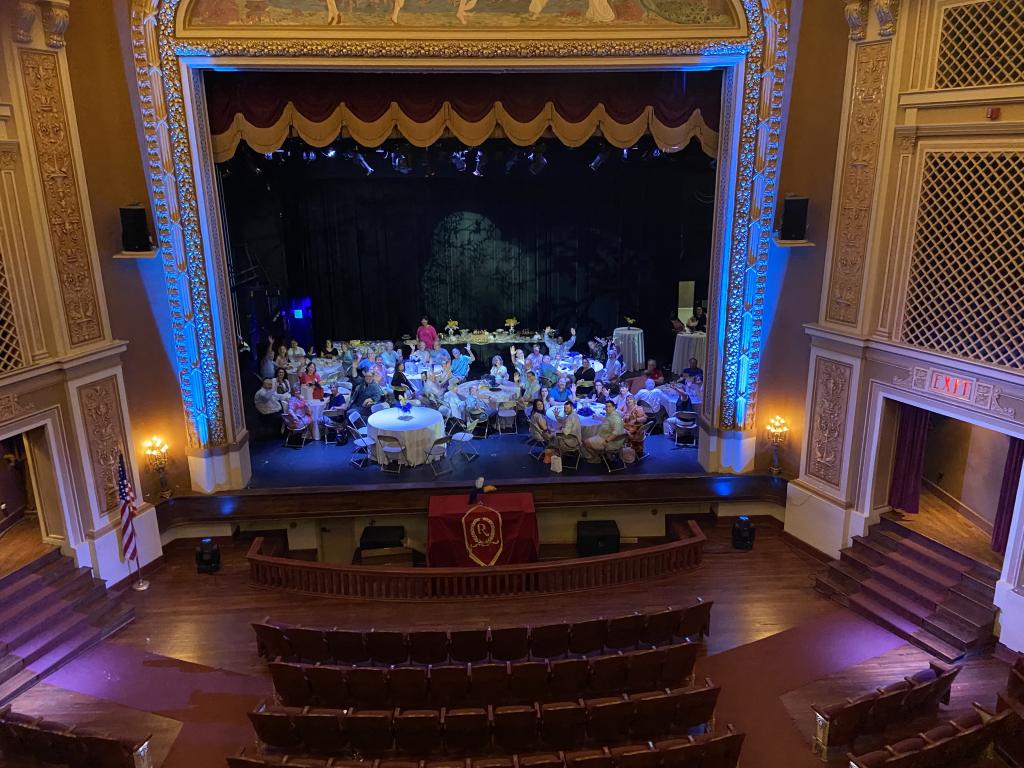 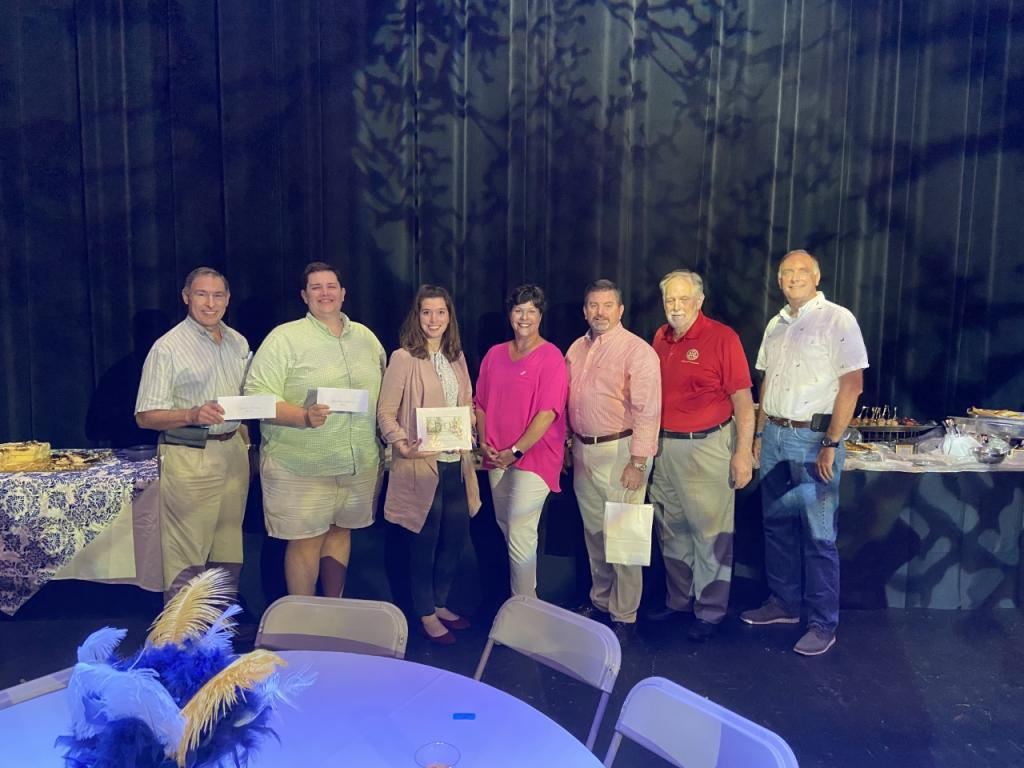 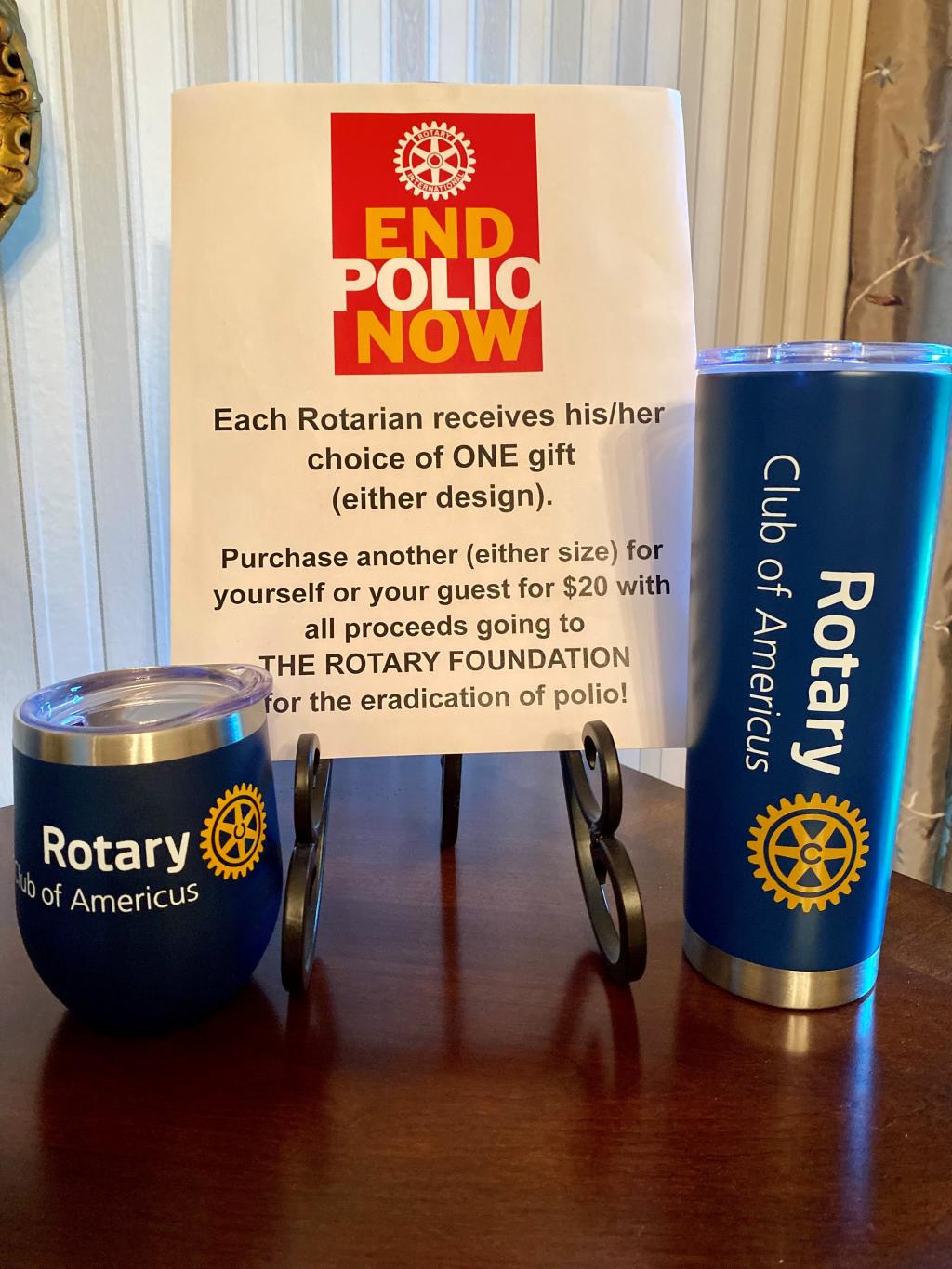 This year's Annual Trip Raffle (a Rotary Club of Americus tradition) was celebration of a very unique year. The pandemic created opportunities for the club to meet many of the needs of the community, but made it difficult to have regular monthly socials created to "build better friendships" - one of four guiding principles that Rotarians think, say and do: The Four-Way Test · Is it the TRUTH? · Is it FAIR to all concerned? · Will it build GOODWILL and BETTER FRIENDSHIPS? · Will it be BENEFICIAL to all concerned?

As a result of the grant and to celebrate the club's 100 year partnership with the Rylander, it seemed apropos to hold the club's year-end celebration on stage. The club even had a large cake on hand and sang "Happy Birthday" to the Rylander before cutting it. Managing Director Heather Stanley was on hand to address the group and draw for the prizes given away throughout the evening. "Our partnerships within this community are crucial to our mission and our success. We are so fortunate to have the support of the Americus Rotary Club as an organization and to also have the individual support from so many of its members," stated Stanley. "The grant we received is much needed and will be utilized to further our impact in the community. We are truly grateful for the generosity and support shown to the theatre over the years."

Every Rotarian got a little something as they arrived as each got to choose a tumbler, branded with the club's logo. Extras were sold with proceeds donated to polio eradication efforts. Prize winners who won during the drawing (which included three trips) were Mark Scott (1st), Darryl Brown (2nd), Kenny Phillips (3rd), Mike Cheokas (4th), Jimmy Whaley (5th), Russ Childers (6th), and Michelle Parker (7th). All prizes were a nod to art, culture, and history, while the decorations were art deco and straight out of the roaring twenties, the era when the Rylander opened a century ago.